Skip to content
HomeImportance of Listening to your L2

Recently I have gotten back into acquiring Japanese, for awhile I stopped all Japanese learning, not because Japanese is too hard but life just got in the way. But now I am back and it’s amazing how much Japanese vocabulary I have retained even after such a long hiatus with zero time spent with the language or doing srs on surusu. This time around I aim to be much more consistent and to listen to a lot more Japanese. Before, I focused probably too much on doing srs reps and not enough on listening to the language and I quickly burned out.

Since I have been back into learning Japanese I have been listening to far more than I did before and I have noticed that I understand much more than I thought. Lately I have bought several Japanese dubs of American movies that I am already familiar with and I have found that doing so is a very fun way of getting Japanese exposure. It also is useful in picking up new words since the story is already known and it’s easier to hear new words where memory of the movie and my current Japanese vocabulary serve as a guide to pick out new words more readily than listening to some other form of Japanese audio.  I then will look the word up and select a good short sentence using the word and put it into surusu for later review.

I would like to stress that most of the time I am not actively listening to the audio and yet I still mysteriously reap benefits from listening all the time. Even as I type this I am listening to Despicable Me in Japanese and I am sure it is helping despite not paying attention to it. Now I must admit that previously I never understood how passive listening to anything could possibly be helpful, but now I understand that it really is. It’s hard to explain though, but it’s like the more I hear Japanese the more Japanese my brain becomes and therefore the easier it is to hear individual words rather than just one long string of unintelligible words. Even unknown words become much clearer to hear and consequently can be looked up and put into surusu and then slowly acquired. And next time those words that you learned are heard you hear them clearly and you understand them. It’s an amazing feeling to hear a word you learned earlier and understand it perfectly and it’s even better to hear a whole phrase and understand it!

Frequent listening as either passive or active listening really does seem to be the key to understanding a language. I seriously doubt that I could ever understand Japanese without listening to it. Even if I spent hours a day cramming away on surusu trying to learn all the vocabulary that I needed, I would still not understand any Japanese because my ears and brain would not have the sufficient training to do so. Although doing so would surely help with reading which would be a good thing, but I am not aiming to only be able to read Japanese, I want to do everything I can do in English in Japanese. So in order to understand in a similar way that I do with English I need to clock those hours of Japanese listening. Of course though I still need to do plenty of reading and srs but those things should not take precedence over listening to the language. 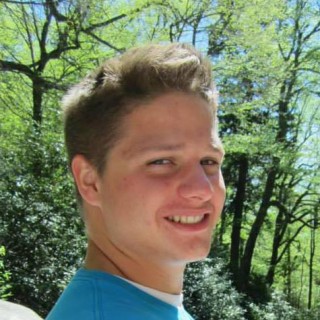